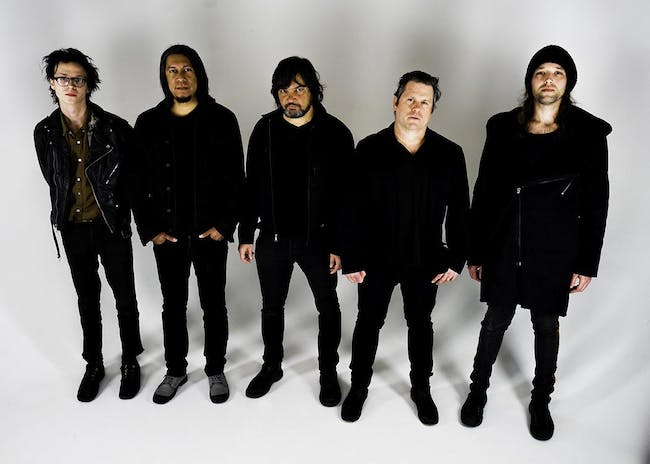 ...And You Will Know Us by the Trail of Dead

iCal
Google
...And You Will Know Us by the Trail of Dead at The Chapel

Six years on from the release of their previous record, Austin’s art-rock punk 'mothertruckers' …And You Will Know Us by the Trail Of Dead return with their tenth album – X: The Godless Void and Other Stories – set for release on January 17, 2020 via Superball Music in Europe and Dine Alone Records in North America.

Expansive yet concise, X: The Godless Void and Other Stories leans in and reaches forth…. From the synth-orchestral swell of curtain-raiser “Opening Crescendoes” that recalls Hans Zimmer and Tangerine Dream to “All Who Wander,” a descending guitar-soaked high drama that simmers underlying despondence that crawls psychic.

Next up, “Something Like This” offers nods to the ethereal songcraft that defined the sound of the legendary 4AD label, before everything kicks in at full pelt with “Into The Godless Void,” as noisy and thrilling an existential anthem as the band have ever put their name to. And this is just the first four songs – it’s hard to imagine this eclecticism is anything other than deliberate, but as founder, songwriter and multi-instrumentalist Conrad Keely says of their music, “Songs have a life of its own. If you listen to them, they’ll tell you how they want to manifest.”

The band played their first show in 1995, the same year they released a live rendition of the darkly dissonant “Isis” as a demo on a mixtape via Golden Hour, an underground cassette-only label. They swiftly became as well known for trashing their instruments as for the giddy thrill of their wide-eyed noise-rock, culminating in the majestic sprawl of their self-titled debut album two years later.

Work on X: The Godless Void and Other Stories began in earnest in 2018, after Keely returned to the band’s hometown of Austin following five years in Cambodia. That also marked a return to action for Trail Of Dead, with previous album IX having dropped in 2014 – in that time, fellow founding member Jason Reece put time into other musical projects back in Texas while Keely released his solo record Original Machines (2016) and continued to spend time on his illustration work, as well as his long-gestating science fantasy novel Strange News From Another Planet.

As a result, the album sees Keely detailing “the sadness of moving away from a place that I’d loved,” while also taking inspiration from Steven Pressfield’s book The War Of Art to face his own demons regarding the creative process. “I feel like I’m writing pop music,” he says, “it’s just not Top 20 pop. It’s the pop music I wish was on the radio, the pop music I would’ve grown up with.”

Reece agrees, citing Talk Talk, Killing Joke and Laurie Anderson as inspirations. “There’s definitely the idea of loss, leaving someone or something important in your life, but it’s more abstract,” he explains, adding that the track “Into The Godless Void” in particular deals with “this existential woe that all humans tend to go through – feeling that weight that plagues the mind.”

Keely’s novel-in-progress also has a part to play, with some songs inspired by episodes in the book. Its stories echo across the band’s albums dating back to Tao Of The Dead. It’s a fantasy world his lyrics continuously return to, and a guarded secret that fans will have to wait for in order to see how both lyrics and artwork play into his grand scheme.

With a new line-up having recently toured the 20th anniversary of Madonna, they’ve also reverted to the live format of their earlier years, with Reece and Keely alternating between drums and frontman duties – a musical partnership that dates back to their high school days. Appropriately, it all feels fresh, even with the band’s 25th anniversary looming in 2020.

“When Conrad moved to Cambodia, we both had time to live our lives and do different things,” Reece explains. “Coming back to the band, there was a new vigor to it. It all feels exciting still.” 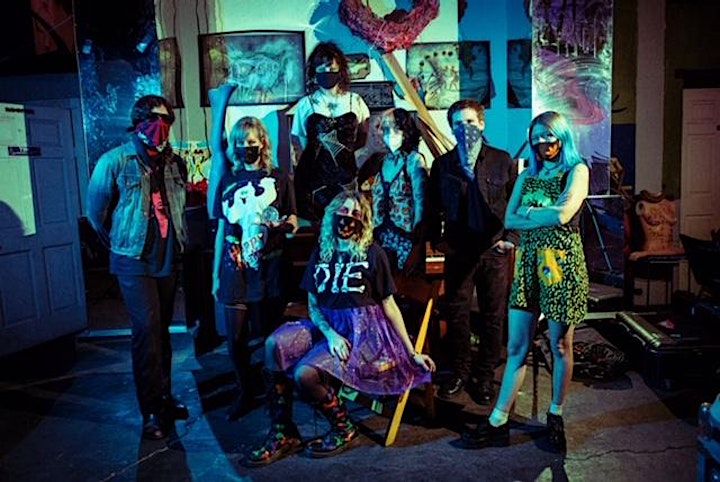 Rock n’ roll has always served as a means to elevate the fringe of society, though it’s accentuated the plights of the outcasts and misfits in different ways throughout the years. In its infancy, rock was a playful rebuttal against segregation and Puritanism. In the ‘60s, it became a vehicle for an elevated consciousness. In the years following the Summer of Love and the clampdown on Flower Power, that countercultural spirit adopted the aggravated and occasionally nihilistic edge of bands like The Stooges, Black Sabbath, MC5, and The New York Dolls. And then as the ‘80s approached, popular rock n’ roll turned into a relatively benign celebration of hedonism and decadence, but that contingent of dark mystics from the ‘70s who lifted the veil and used music as a means of rallying people to altered planes had left their mark. It was an undercurrent in rock that would never die, but would percolate in corners of the underground. Today we can see it manifest in LA’s Death Valley Girls.

The group feels less like a band and more like a travelling caravan. At their core, vocalist/multi-instrumentalist Bonnie Bloomgarden and guitarist Larry Schemel channel Death Valley Girls’ modern spin on Fun House’s sonic exorcisms, early ZZ Top’s desert-blasted riffage, and Sabbath’s occult menace. Their relentless touring schedule means that the remainder of the group is rounded out by whichever like-minded compatriots can get in the van. On their third album Darkness Rains, bassist Alana Amram, drummer Laura Harris, and a rotating cast of guests like Shannon Lay, The Kid (Laura Kelsey) and members of The Make Up, The Shivas, and Moaning help elevate the band from their rogue beginnings to a communal ritualistic musical force. On the surface level, Death Valley Girls churn out the hypercharged, in the red, scuzzy rock every generation yearns for, but there is a more subversive force percolating beneath the surface that imbues the band with an exhilarating cosmic energy.

Death Valley Girls’ sophomore album Glow In The Dark was based on the concept that many of us are trying to become more enlightened, and you can tell by the way they ‘glow in the dark.’ Darkness Rains goes a step further, attempting to shift the consciousness of those that have not yet considered how we are all connected and how that relates to the way we view life beyond death. Those that ‘glow’ can use the songs on Darkness Rains as new chants—or they can be used for pure entertainment. “Songs come from beyond and other worlds, you just have to tune into the right radio wave signal to dial them in. Our signal happens to be in a 1970 Dodge Charger Spaceship,” says Schemel.

Album opener “More Dead” is a rousing wake up call, with a hypnotic pentatonic guitar riff and an intoxicating blown-out fuzz-wah solo underscoring Bloomgarden’s consciousness-rattling proclamation that you’re “more dead than alive.” The pace builds with “(One Less Thing) Before I Die”, a minute-and-a-half distillate of Detroit’s classic proto-punk sound. But at track three, Death Valley Girls hit their stride with “Disaster (Is What We’re After)”, a gritty, swaggering rager that takes the most boisterous moments off Exile On Main Street and beefs it up with Zeppelin’s devil’s-note blues. Darkness Rains retains its intoxicating convocations across ten tracks, climaxing on an astral plane with the hypnotic guitar drones and cult-like chants of “TV In Jail On Mars.”

“Learn from the stars and beyond! Be happy and thankful we got to live together on Earth at the same time! And death is just a shift—stay alive and awake,” Bloomgarden and Schemel respond when asked for a final thought on Death Valley Girls. “Embrace the darkness and don’t fear the Reaper.” Suicide Squeeze Records is proud to further the cause by releasing Darkness Rains on October 5th, 2018 on LP/CD/CS/ and digital formats. The first vinyl pressing is limited to 1,500 copies. Both the cassette and vinyl include digital downloads.