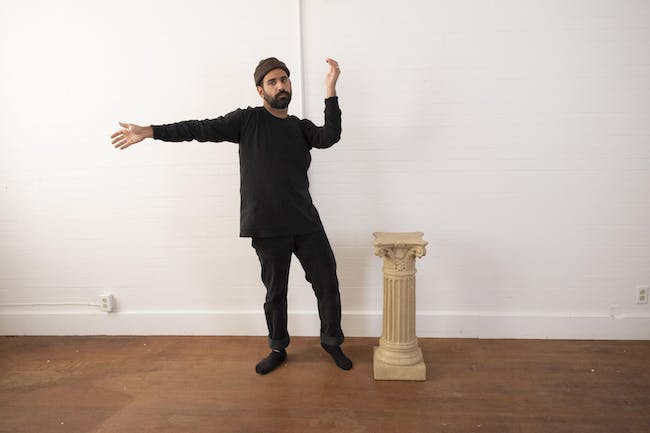 Alex Bleeker, best known as a founding member of the band Real Estate, has released several LPs under his own name. His most recent solo LP, Heaven on The Faultline, found him embracing his own homespun charm and exploring the recording studio without his beloved backing band, The Freaks. He is a bay area resident, friend of The Chapel, and self proclaimed "head" of all kinds. He'll be performing with a full band of shredders for this special engagement!