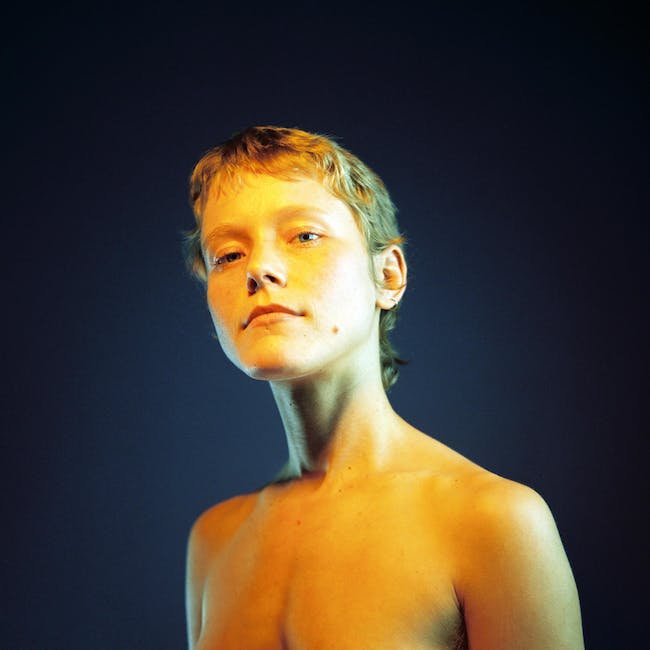 Alice Phoebe Lou releases her third studio LP as an independent artist. "Glow" is a breathtaking work, full of visceral, star-dusted songs delivered in her crooning tones, against a backdrop of scuzzy guitars, sauntering bass grooves and mesmeric piano sequences.

When we’re used to the hustle and bustle of everyday life, having all that noise taken away can leave a silence that’s just as loud. For South African-born, Berlin-based artist Alice Phoebe Lou, it was an opportunity to articulate her deepest thoughts and emotions into a new album, Glow.

“I went through a lot this year, like so many people,” Alice says. “I spent more time alone than I ever had. I shaved my head. Had an ego death. Fell in love. Had my heart broken. I was a raw little mess. And that was what I wrote about.” The album provided an outlet for Alice to “blow off steam”, and one into which she poured a series of memories, thoughts and experiences.

Before, she’d thought that songs needed to “say something”, to deliver some kind of profound message. The very idea of a love song seemed overdone, or trivial. “But this album simply poured out of my heart and my subconscious, and there was no stopping the lovestruck nature of them,” she says. “Sometimes love, love lost and the ways in which these matters of the heart affect us, are the most relatable feelings in the world.” She was going to be as honest as she could bear.

After having to reschedule the recording a few times Alice found an analogue studio in Dresden where she was able to work on Glow with producer Dave Parry, her bassist Daklis, and her longtime collaborator Ziv Yamin on drums and keys. Parry also provided those blissful guitar lines that Lou says the songs were “begging for”. “I couldn’t have asked for more inspiring people to create the record with,” she says. She’d fallen in love with recording to tape by this point, and to bolster this warm yet gritty sound, Parry sourced decades-old mics and gear for the studio.

Most of the songs are about love; outpourings of intense feeling. “I realised that instead of making people think, I wanted to simply make people feel,” Alice says. “Those songs have really deep honest things in them, and I think that’s the most important thing with this album, is that I could access that part of myself,” Lou says. “It feels really good to be unfiltered."