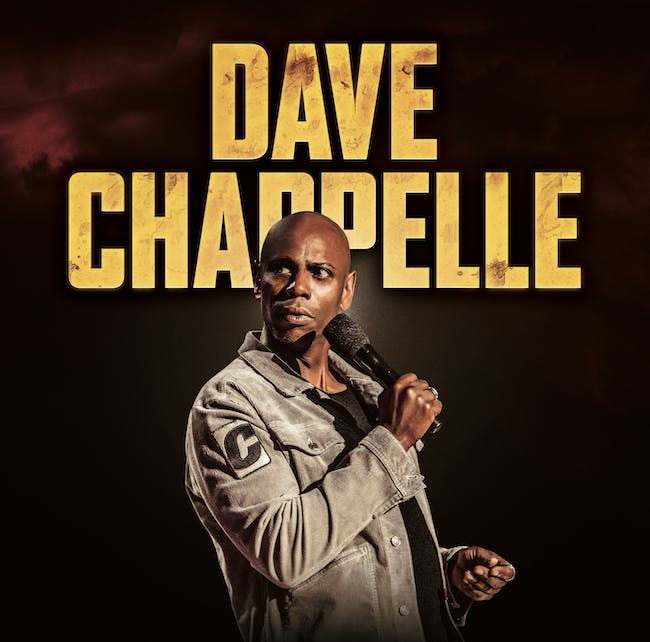 **Strict 2 ticket limit. All duplicate orders will be cancelled.**

Dave Chappelle is a comedian, actor, and producer who’s brash, clever, in-your-face brand of humor has made him one of the most respected entertainers of his generation. In 2017, Chappelle celebrated 30 years in comedy by releasing four highly anticipated stand-up specials on Netflix along with a companion double-feature vinyl comedy album. He’s since netted two television Emmy Awards, a Grammy, and Pollstar’s Comedy Tour of The Year Award. In October 2018, he made a remarkable appearance in the much-anticipated remake of the film A Star Is Born. Best known for his groundbreaking television sketch comedy program Chappelle’s Show, Chappelle has since established himself as arguably one of the most popular touring comics on the U.S. circuit --selling out shows within minutes of the announcements.

*** No cellphones, cameras or recording devices will be allowed at this show. Upon arrival, all phones and smart watches will be secured in Yondr pouches that will be unlocked at the end of the show. Guests maintain possession of their phones throughout the night, and if needed, may access their phones at designated Yondr unlocking stations in the lobby. Anyone caught with a cellphone in the venue will be immediately ejected. We appreciate your cooperation in creating a phone-free viewing experience.