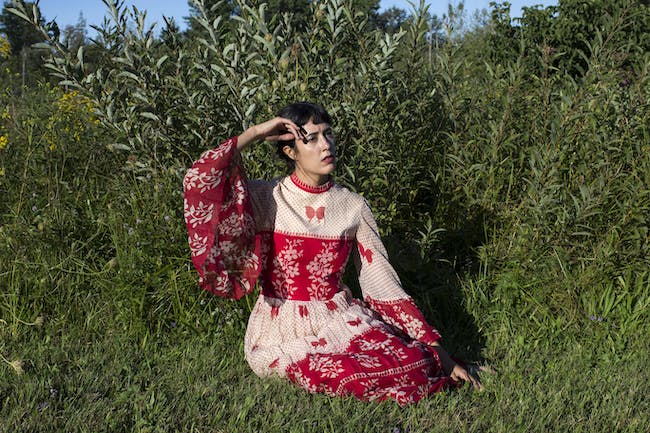 iCal
Google
Half Waif at The Chapel

Half Waif is the project of singer, songwriter, and producer Nandi Rose. The project--which blends pop, folk, and electronic styles into a layered and transportive sound--has been featured on NPR's Tiny Desk series, The New York Times, The New Yorker, and Pitchfork; toured internationally with bands like Mitski, Iron & Wine and Calexico; and recently announced her fifth full-length album Mythopoetics with ANTI- Records.

For Nandi Rose, writing a song is an act of transformation. As Half Waif, she pieces together the patchworks of our darkest and most vulnerable moments with a golden thread, crafting a majestic evocation of the human experience that permeates with a graceful strength. On new album Mythopoetics, Rose breaks the familial patterns handed down to her, transforming this source of pain into something bearable, beautiful and celebratory. It is an essential reminder that we have the power to shape the stories we tell and the myths we make of our lives.

Half Waif’s previous albums The Caretaker (2020), Lavender (2018) and Probable Depths (2016), garnered acclaim for their compelling journeys through solitude, desire and the search for independence, blanketed under a spectacle of deeply-layered synth-pop. Her fifth full-length sees her stretch her creative muscles, as Rose pushes through the barriers of self-scrutiny and transports us into a world of mythic proportions. Charting territories of addiction, memory and loss, Mythopoetics is animated by the traces of what’s been left behind: the ghost of orange blossoms, the tail of a meteor across the sky, the taste of loneliness in a crust of bread. It is a kind of modern-day storybook where memory is spun into song and the self is explored and acknowledged with tender, nourishing care.

To bring together the world of Mythopoetics, Rose once again collaborated with multi-instrumentalist, film composer and producer Zubin Hensler. The pair came together for a recording residency at Pulp Arts in Gainesville, Florida, with the intention of creating stripped-back recordings of old songs, solely focusing on Rose and her piano. However, the playground of the studio soon transformed the project into a texturally diverse and kaleidoscopic sonic universe.

“There was a real excitement and joy to see how we had each progressed and evolved since we’d last worked together and how those skills really complement each other,” Rose explains, adding that Hensler’s experience in taking acoustic sounds into an electronic world allowed Mythopoetics to bloom. But despite moving away from the original sonic intention of the record, the pair were keen to keep the organic nature of the sounds, performing every instrument themselves and turning to unconventional methods—like agitating the strings of the piano with the sustain pedal down or placing tin foil over Hensler’s trumpet—to stretch the palette in new directions.

Mythopoetics is an album about processing past traumas in the quest for a new, sun-dappled pathway, and the transformation that takes place as we take each tentative step. The artwork, shot by Ali Cherkis, sees Rose screaming in bright colors on the front, and naked with a stoic expression on the back, representing the spectrum of emotions explored throughout these tracks. Change, evolution and joy take real courage, and it’s in the catharsis of telling your story that the calm, confident aftermath can finally reach the surface. Here, Half Waif is shunning the shadowed mass of generational trauma and the patterns passed down to her. Instead, she plants a seed, urging the orange blossom to sprout through the cracks in the concrete. 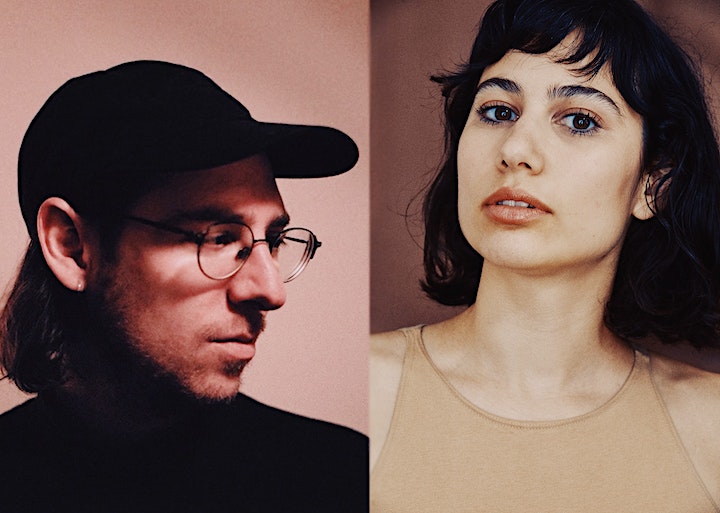 Mycelial Echo by Lisel + Booker Stardrum is the result of a fluid, remote collaboration between classical and experimental vocalist/producer Lisel (Eliza Bagg)⁠ and electronic musician/percussionist⁠ Booker Stardrum. The album brings together Stardrum’s textural, polyrhythmic production with the sweeping, ethereal world of Lisel’s “fractured, futurist form of pop” (WNYC). Lisel's manipulated vocals are combined with Stardrum's complex sequences and organic percussion to create a sensorial experience of our relationship to the natural world that meditates on the burden of bringing about the imminent environmental breakdown. The music is centered in organic sounds and images of nature, with the idea that our impact as humans is felt as an echo in the ecological memory of the earth and its flora.

Lisel’s musical practice is grounded in her extensive career as a vocalist of Renaissance, Baroque and minimalist/post-minimalist singing styles, as she “disintegrates her voice into a euphoric, Auto-Tuned goo, emerging from the other side of the abyss an electro-pop alien” (NPR). Stardrum is a performer-composer whose compositions are sculptural, carved from the dense layering of instruments, a focus on pan-tonality and an intuitive approach to rhythm. His music is a highly personal amalgamation of electro-acoustics, minimalism, ambient, jazz, and contemporary experimental electronic music that The Wire said “further solidifies Stardrum’s position as one of America’s most intriguing composers.”

As a vocalist, Lisel has collaborated across genres with many prominent experimental artists — from performing in Meredith Monk’s opera Atlas with the LA Philharmonic to touring regularly as a member of Roomful of Teeth and performing Philip Glass. Pitchfork compared her voice to "a lovelorn alien reaching out from the farthest reaches of the galaxy.” Aside from his solo practice, Stardrum has dedicated himself to the art of percussion across multiple platforms, having recorded and performed with rock-based groups like Lee Ranaldo, Weyes Blood, Cloud Becomes Your Hand and Landlady, in addition to countless experimental and free improvisation collaborations.

With its interruptive oscillations between grace and urgency, this work hybridizes the hybrid, forming a collection of sounds that expand across disciplines like the mycelial strands that run underground.