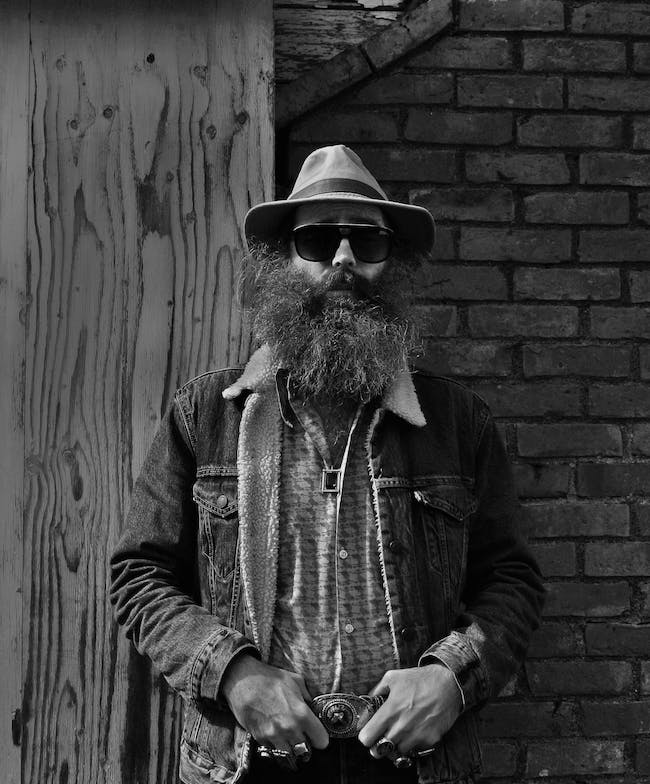 Over nearly 20 years, Howlin Rain may have become the quintessential independent American rock ’n roll band: a steam-spitting Hydra of cranked guitars, kicking asphalt dust through a kaleidoscoping travelogue of desert motels and dives, volleying forth transmissions of sci-fi poetry from the blacktop veins of this cracked and aching country.

Now, in America 2021, capping these strangest and sorest of times, the band returns with The Dharma Wheel, a six-track, 52-minute dive into a joyous fantasy realm of exaggerated present.

“I wanted The Dharma Wheel to be a portal from our everyday world, the one from which you stand on hard ground and hold the album in your hands and peer into the artwork, and into another universe,” says songwriter, guitarist and vocalist, Ethan Miller. “You enter into that universe with your eyes and ears and mind and take a ride through free-form meditation on these ideas — from big, fundamental concepts about our existence right down to the grease that rolls down the arm of a pulp novel killer as he eats a gas station hot dog in an old Dodge in an alleyway.”

Lyrically, Miller has completed his evolution into a mushroom-plucking Whitman of the West, singing outlandish tales in a topographic blend of Humbead’s Revised Map of the World and an inverted U.S. where downtrodden bodhisattvas roam the back streets and moonless country roads.

“Down in Florida swamps, run by nature’s law, standing in the water, Eden gone. Two men loading rifles, beasts making time, they shot a boy from an orange tree and watched the colored birds take flight, watch the colors as they soar and dive.” — ‘Under the Wheels.’

Songs were shaped via the blast furnace of endless gigs, then recorded often mere hours after the band slipped the stage.

“The captured sonic fact about this record is that it’s the sound of a band that rehearsed this material a lot and put a ton of work into its construction and was on the road a lot and recorded on days off in the tour schedule,” Miller says. “In some cases we were on stage on Saturday night playing these songs at quarter-to-2 in the morning and by Noon the next day we were sipping coffee in the studio playing them for the machine.”

Rivera’s violin is the first sound heard as the album dawns on the instrumental “Prelude.” Soon, the band joins, twirling the theme into a psychedelicized awakening. “Don’t Let the Tears” brings the boogie, with MacDougall’s madcap synth work and wah-wah guitars showering 70’s glitter upon a parquet dance floor of the mind. “Under the Wheels” and “Rotoscope” center the album with taut, compositional epics populated by murdering drifters and fuzz pedal explosions. The blue hour comedown of “Annabelle” meditates upon the weariness of lost love, with Rivera again amping the heartache via her violin strings.

“In the evening the trains go by, and shake the dust from dirty walls, sometimes I feel like a spider in an old mason jar, who threatens only convex light from down the hall. I’ve been lost to the world since the photos of the black hole, landed on my desktop screaming, perhaps the all and nothing all-in-one is just too much to take, for particles and matter that never found their way.” — ‘Annabelle’

The record closes with the 16-minute title track, a multi-movement suite which cycles from Crazy Horse-meets-Traffic jams through colossal, mass-moving funk stomp, eventually cresting and washing into a sing-along gospel lament.

The Dharma Wheel is an album of great depth, and one steeped in good vibes: a rich, glistening world of the ultra-vivid. As illustrated in Arik Roper’s cover art, the grand dharmachakra has been set in motion, churning off the California coast.

“We were trying to build a world big enough that the imagination won’t go soft on you after just a few listens and where our love for this music, and music in general — along with a good dose of audacity — create a magic carpet ride through the world of The Dharma Wheel,” Miller continues. “In pursuing that I think we also managed to make a record that has a lot of joy in it: the joy of playing music, the joy of experiencing music, the joy of storytelling and poetry, the kind of singular joy and extended ecstatic moment that only a real ‘band’ can express in just that way.”

And it’s this joy, this exuberance and dedication to the lines of cosmic expression — all centered in the exalted art of the everyday — that constructs the heart of the record. At its core, The Dharma Wheel is the triumph of a working band, a transmission from a never-paused before arriving for our strange, bruised, spectacular now.” 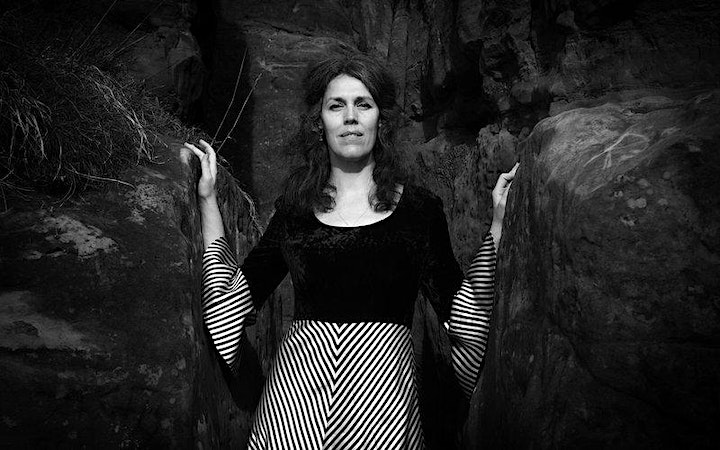 Tip-top of our osmosis list is the first quiver of tunes from Brigid Dawson and her newly minted Mothers Network: wise warnings dyed in dark hues, knotted and hard-won torch songs from the edge of a turbulent sea, bittersweet balladry spun in defense against evils familiar and unknown.