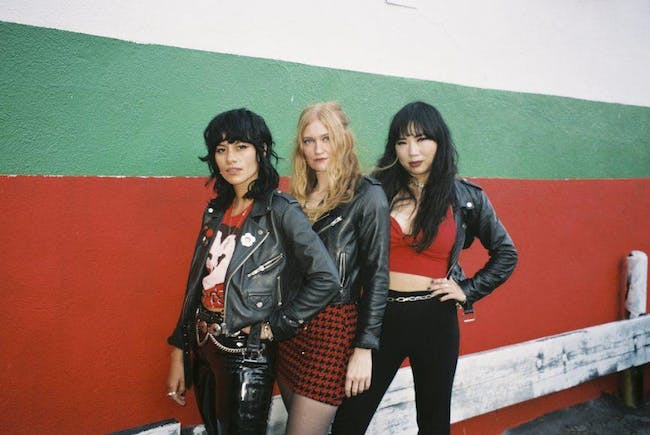 L.A. Witch’s self-titled debut album unfurled like hazy memories of late night revelries in the city center creeping back in on a hungover Sunday morning. Guitarist/vocalist Sade Sanchez purred and crooned over jangling guitar chords, painting pictures of urban exploits, old American haunts, and private escapades with a master’s austerity. Bassist Irita Pai and drummer Ellie English polished the patina of the band’s vintage sound, adding a full-bodied thump and intoxicating swing to the album’s dusty ballads, ominous invitations, and sultry rock songs. The album had an air of effortlessness, like these songs were written into the fabric of the Western landscape by some past generation and conjured into our modern world by three powerful conduits. The band readily admits that L.A. Witch was a casual affair and that the songs came together over the course of several years. That natural flow hit a snag when the band’s popularity grew and they began touring regularly, so a new strategy became necessary for their sophomore album, the swaggering and beguiling Play With Fire.

Where L.A. Witch oozed with vibe and atmosphere, with the whole mix draped in reverb, sonically placing the band in some distant realm, broadcast across some unknown chasm of time, Play With Fire comes crashing out of the gate with a bold, brash, in-your-face rocker “Fire Starter.” The authoritative opener is a deliberate mission statement. “Play With Fire is a suggestion to make things happen,” says Sanchez. “Don’t fear mistakes or the future. Take a chance. Say and do what you really feel, even if nobody agrees with your ideas. These are feelings that have stopped me in the past. I want to inspire others to be freethinkers even if it causes a little burn.” And by that line of reasoning, “Fire Starter” becomes a call to action, an anthem against apathy. From there the album segues into the similarly bodacious rocker “Motorcycle Boy”—a feisty love song inspired by classic cinema outlaws like Mickey Rourke, Marlon Brando, and Steve McQueen. At track three we hear L.A. Witch expand into new territories as “Dark Horse” unfurls a mixture of dustbowl folk, psychedelic breakdowns, and fire-and-brimstone organ lines. And from there the band only gets more adventurous.

Between their touring schedule, studio availability, and the timeline for releasing records, L.A. Witch found themselves with only two months to do the bulk of writing for Play With Fire. They holed up for January and February, essentially self-quarantining for the writing process before March’s mandatory COVID shutdown. “As far the creative process goes, this record is a result of sheer willingness to write,” says Sanchez. “When you sit down and make things happen, they will happen, rather than waiting to be inspired.” The time constraints and focused writing sessions ultimately forced the band into new territories. “I’ve definitely learned that having restrictions forces you to think outside the box,” says Pai. “That structure really brings about creativity in an unexpected and abundant way.”

While L.A. Witch isn’t looking for a total transformation, they’ve stridden boldly forward with the amped up riffs and slashing fuzz lines of “I Wanna Lose.” Even the song’s message, a celebration of defeat as a starting point for rebirth and redemption, wields a kind of gravity that feels new for the band. “Gen-Z” carries a heavy weight as well, as Sanchez ponders the rise suicide rate in a generation raised with social media between lashings of air-raid siren guitar leads. “Sexorexia” wields a fiery garage rock energy unmatched by any other moment in their catalog; “Maybe the Weather” is a minor-key country tune given the cosmic treatment of hard-tremolo keys, woozy backward slide guitar, and heady production techniques; and “True Believers” offers up a filthy noise-inflected punk scorcher. The album wraps up the “Starred,” a druggy exploration of exploratory guitar squall built on Pai’s grimy fuzz bass and English’s propulsive groove. Over the course of Play With Fire, it feels like we’ve traversed the history of American rock n’ roll from it’s rugged cross pollination of blues and country music, through the psychedelia of the ‘60s, into the early punk scene of the ‘70s, and landing at the damaged art rock of early ‘80s New York City.

Play With Fire is a bold new journey that retains L.A. Witch’s siren-song mystique, nostalgic spirit, and contemporary cool. Despite the stylistic breadth of the record, there is a unifying timbre across the album’s nine tracks, as if the trio of young musicians is bound together as a collective of old souls tapping into the sounds of their previous youth. Suicide Squeeze is proud to offer Play With Fire to the world on August 21, 2020 on CD/LP/CS/DIG formats. The first LP pressing is limited to 1,500 copies worldwide—1k on translucent yellow vinyl and 500 label exclusive copies on clear with red and black splatter. Both cassette and vinyl come with a DL coupon. 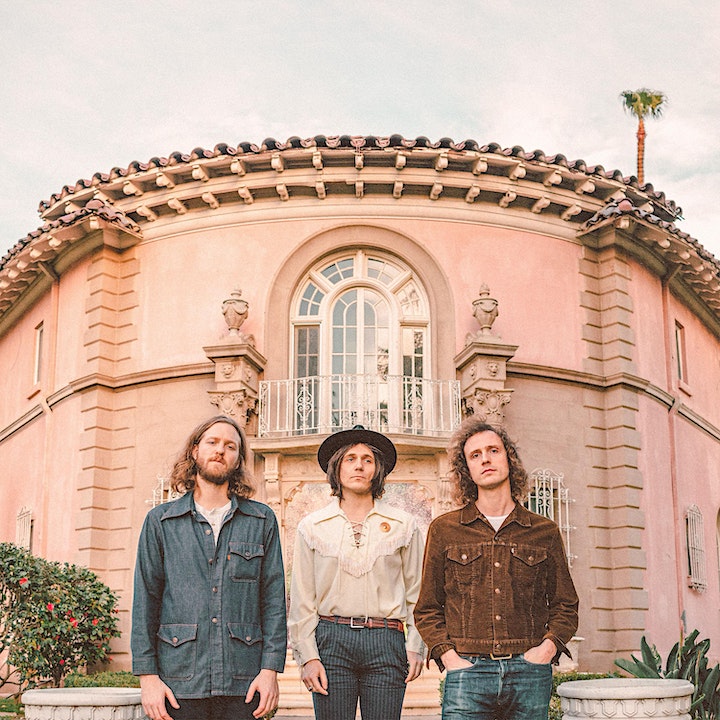 Among the newest generation of bands in the tradition of West Coast psychedelia, Triptides have blossomed into the role of elegant adventurers.

Led by guitarist, keyboardist and singer Glenn Brigman, with drummer Brendan Peleo-Lazar and bassist/guitarist Stephen Burns, the trio is continually discovering their sound through a complex map of familiar influences and bold choices in tonality, structure and texture.

This is a transformation long in the making. Starting in 2010 in the college town of Bloomington, Indiana, Brigman was making albums as Triptides with roommates and friends in a raw, Beach Boys-meet-Cleaners-From-Venus cassette-induced haze. Their albums Psychic Summer, Sun Pavilion and Colors made a mark and paved the way for greater things.

As the band moved West, so did their influences, and Los Angeles brought out a more sophisticated element in Triptides. Doors-inspired organ flourishes and driving, Stereolab-esque movements melded with the spirit of The Byrds in the Fifth Dimension to bring a potent melodic punch in the form of 2017’s Afterglow and 2018’s Visitors. All the while, the group developed their live sound touring and playing festivals in the US and Europe. 2018 also brought about Brigman’s collaboration with L.A.’s Samira Winter. Triptides and Winter created the tropicália-inspired Estrela Mágica and toured the US, now with Burns and Peleo-Lazar bringing an exciting new dynamic to the band.

As a trio on stage and in the studio, Triptides have opened up a new sonic world. Their live sound is bold, dynamic, synchronized chaos. On their records, they are adventurous and surprising—winning Shindig! magazine’s Single of the Year with the undeniably heady “Nirvana Now”—and forging a unique array of other singles throughout 2019 and 2020.

Triptides’ new LP Alter Echoes, forthcoming from the acclaimed Alive Naturalsound Records, captures the trio at their strongest yet: at Hollywood’s Boulevard Studios—a room that has experienced sessions from The Standells' Dirty Water, Pink Floyd’s The Wall, and Steely Dan’s Aja. That history and spirit is gloriously evident on Alter Echoes, which is a powerful blend of Floyd, Love, Badfinger and beyond. It is with this album that Triptides reveal themselves as the well-travelled adventurers they have become by continuing to push the edges of the definition of psychedelic. 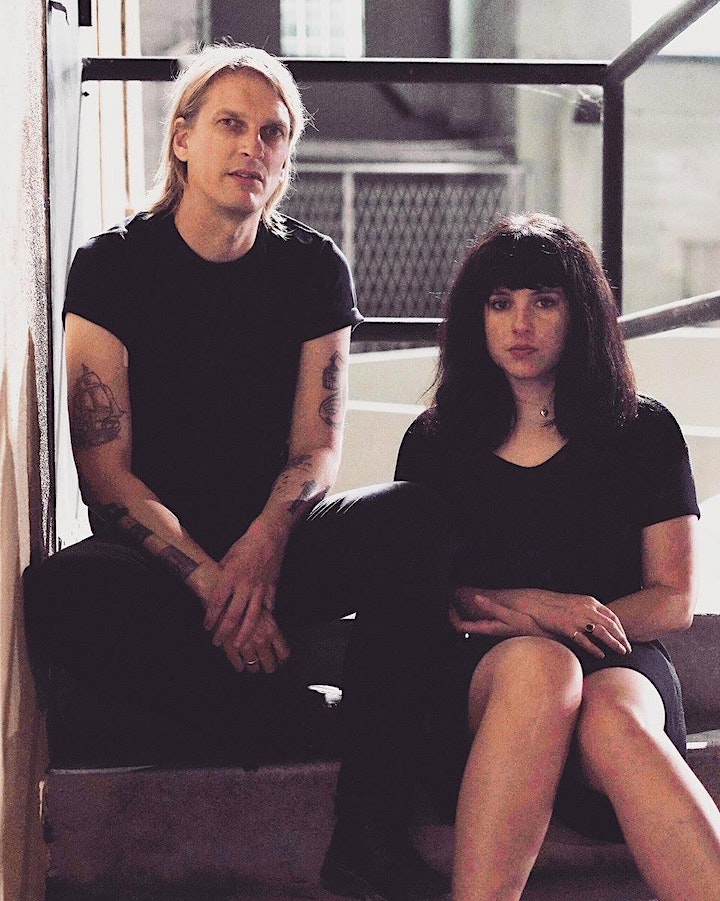 During 2020 Lauren Andino began posting snippets of guitar and Moog compositions online as a pandemic sound journal. Glenn Fryatt saw these and wondered if Lauren wanted to add drums. She did.

In early 2022 TREMOURS head out on a North American tour.