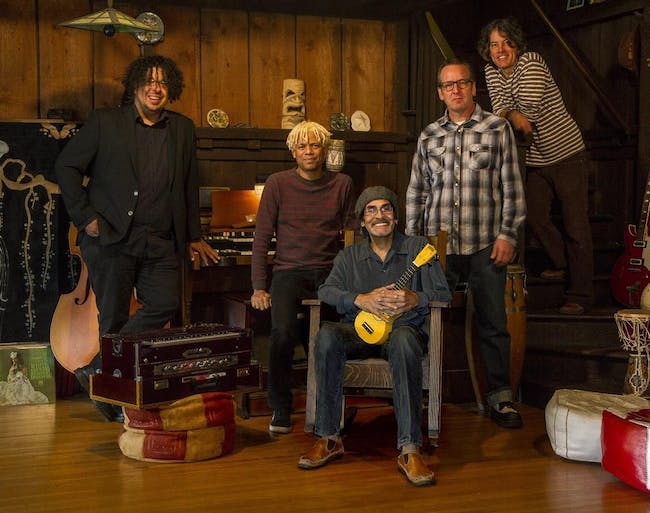 LOVE revisited are original LOVE guitarist and co-founder (1964-1969) Johnny Echols and LA band Baby Lemonade’s original members (Mike Randle, Rusty Squeezebox, David Green), who were Arthur Lee’s LOVE band during his two comebacks (1993-96, 2001-2005). Baby Lemonade met Lee when they opened for him in April 1993 at Doug Weston’s storied Troubadour in West Hollywood. The local boys impressed the LOVE leader so much, he hired them as his backing band immediately and a new LOVE was born.

In 2005, due to Lee’s health issues and his decision not to tour, Echols and Baby Lemonade carried out the band’s European touring commitments as “The LOVE Band.” In 2009, three years after Lee’s death, the band changed its name to LOVE revisited and toured Canada and the midwest and eastern US, as well as their home state of California. LOVE revisited continued to keep the music of Arthur Lee and LOVE alive by performing occasional concerts in Southern California and In 2016, a new generation of LOVE fans warmly greeted the band on their first UK tour in over a decade.

In the summer of 2019, the band played a string of sold out shows in the UK. Calling themselves “The LOVE Band featuring Johnny Echols” at the request of Lee’s widow. The band also released a 45” vinyl single on UK label Bad Paintings—two never-before-heard songs originally slated for a 2006 LOVE album with Arthur. 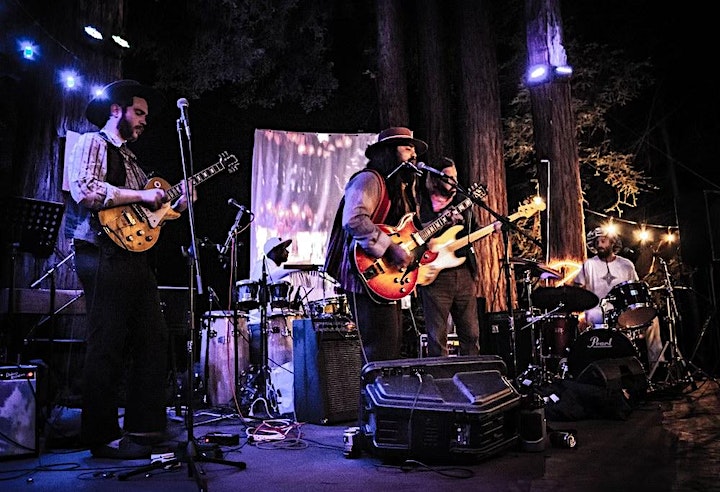 BOLERO! Is a San Francisco based rock band that performs what they refer to as "FREAK-FLAG-MUSIC". Inspired by the bands of the late 60s and early 70s, The group produces a dynamic and rich range of compositions that ride the sharing borders of blues, jazz, soul, rock 'n' roll, folk, country funk, Latin and psychedelic music. They have shared the stage with such acts as Big Brother & The Holding Company, Asteroid # 4, and Spindrift.