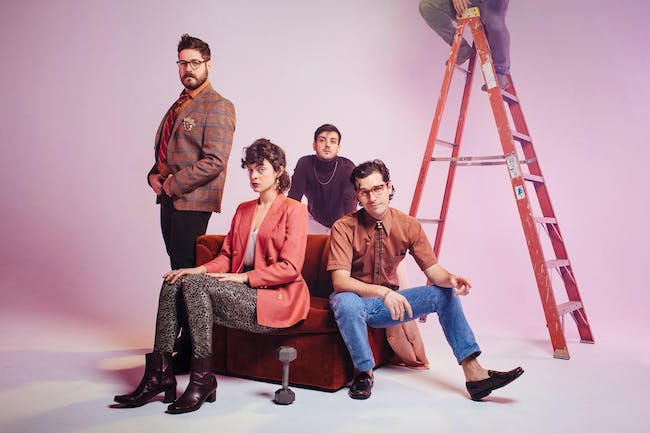 Since making their acclaimed debut with 2013’s dark holler pop, North Carolina-bred four-piece Mipso have captivated audiences with their finely layered vocal harmonies, graceful fluency in the timeless musical traditions of their home state, and a near-telepathic musical connection that makes their live show especially kinetic. On their self-titled sixth album and rounder records debut, fiddle player Libby Rodenbough, mandolinist Jacob Sharp, guitarist Joseph Terrell, and bassist Wood Robinson share their most sonically adventurous and lyrically rich work to date, each moment charged with the tension between textural effervescence and an underlying despair about the modern world. Mainly recorded at Echo Mountain in Asheville, North Carolina, Mipso finds the band joining forces with Sandro Perri (a musician/producer known for his work with acts like Great Lake Swimmers, as well as his own post-rock/experimental-electronic Material). In overseeing the production process, Perri guided Mipso toward their goal of shaping a sonic landscape that was expansive and atmospheric yet surprisingly personal, even playful. to that end, the band dreamed up Mipso’s resplendent textures by stretching the limits of their acoustic instruments, rather than employing outside musicians to create new sounds. The result is a body of work with spacious arrangements that gently illuminate the idiosyncratic details and refined musicianship at the heart of every song. 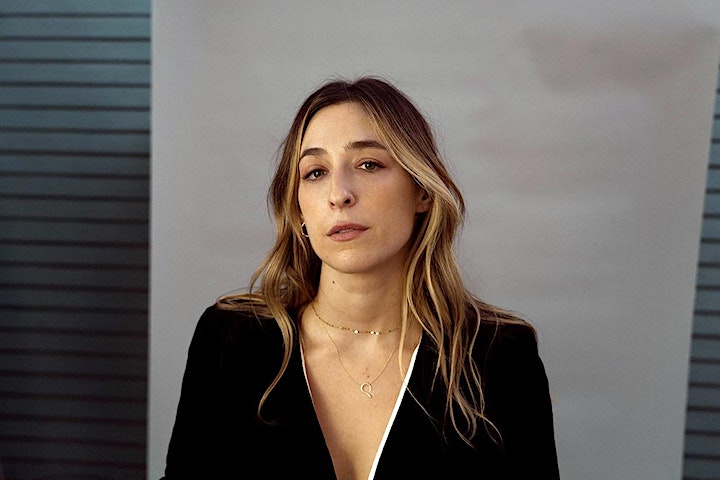 “Before making this record, I was feeling the furthest from myself that I ever had.” Reflecting on her forthcoming album Excelsior!, Johanna Samuels continues, “There was a lot of cognitive dissonance—wanting to pursue my music while also being able to feel good about who I am as a person. This record is a lot of me identifying what I don’t want to be.”

A wholly personal document, Excelsior! finds the LA-via-NYC songwriter exploring the nuances of her interpersonal relationships and the importance of listening to each other, understanding that a conversation doesn’t have to end because one person has to be right and the other wrong.

Just as the songs on Excelsior! seek answers through companionship, Samuels calls upon a handful of womxn to provide the album’s backing vocals—a task she’d always performed herself until now. “I made the record mostly with men, and that's a space I find myself in constantly in music,” Samuels says, “so it was a very important and special part of the record to have these different womxn that held me up. I really looked up to all the womxn that sang on the record.” As such, Excelsior! makes space for the voices of Courtney Marie Andrews, Hannah Cohen, A.O. Gerber, Olivia Kaplan, Maví Lou, and Lomelda’s Hannah Read.

This is what pulls the songs together most—Samuels’ desire to re-establish bonds of community and connection—something she believes we’ve all lost in recent years. Indeed, much of Excelsior! finds her learning how to navigate being supportive of other womxn when for so long they’ve been pitched against one another. “How much space is given to us is so often dictated by men and it pits us against each other and has become ingrained in who we are. I’ve definitely acted against myself because of that, and in ways that I didn't feel like were authentic to myself,” Samuels explains.

That kind of communication breakdown is mirrored everywhere right now, resulting in rejection, anger, a loss of connection. Across its ten songs, Excelsior! documents the many ways that these allegiances can fall apart. “I want to be alone / More than I want to be alone with you,” she sings on the beautifully withdrawn opening track “Sonny”; while “Nature’s Way”, a defiantly more upbeat track, explores how easy it is to take empathetic nature for granted and how the loudest person is so often the most celebrated: “I've got a funny thing about saying what I want aloud / You push it so far down below / It’s here with its hands around my throat.”

Lead single “High Tide for One” is a slow-groove dance between spaced-out slide guitar and Samuels’ lilting Rhodes, written in response to the public plight of Dr. Blasey Ford. “My heart was broken for her and I reflected on how much scarcity of space and validation in basic experience there is for all female-identifying people, even in my own privileged, liberal community,” says Samuels. “It felt a bit hopeless. I felt exhausted, and for a while, I didn't have the strength to explain it or try to talk it through with anyone who wasn’t working to change it.”

Elsewhere, “All Is Fine” unravels like Figure 8 era Elliott Smith, with the punchy drums and Samuels’ engrossing voice shifting the tone of the record into something bolder and more defiant: “Sometimes I even keep what's mine / So take your time, I'm already gone.”

To be released May 14th on Mama Bird Recording Co. (US/World) and Basin Rock (UK/EU), Excelsior! takes its name from the signature that Samuels’ grandpa would use before he sadly passed away last December. “He was a very important person to me and he helped raise me,” Johanna explains. “He signed all of his letters and emails ‘Excelsior!’, including the exclamation point. It means ‘ever upward’ and that’s what I wish for everyone: to grow from listening with more empathy and from hearing each other out. I hope this record makes people want to be gentler with each other and themselves.”