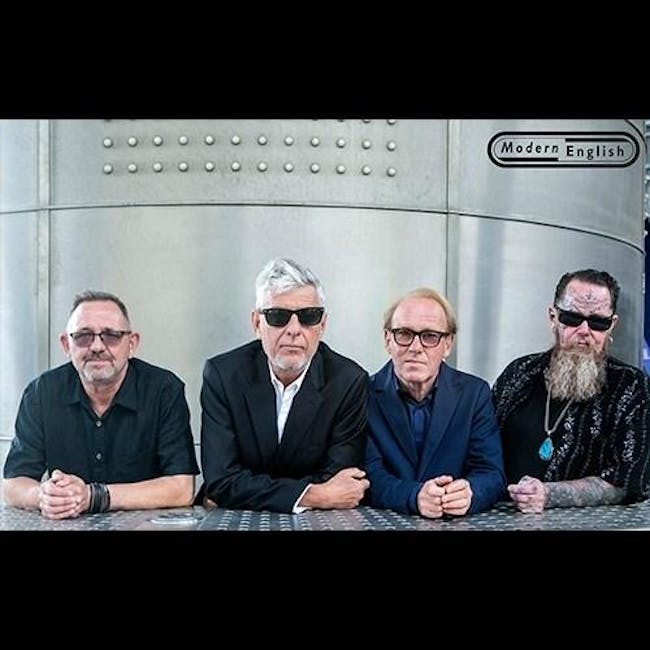 Performing After The Snow in its entirety and other hits

Modern English are an English rock band best remembered for their songs "I Melt with You," "Hands Across the Sea," and "Ink and Paper". The group disbanded for a period in 1991, but later recorded in 1995 with some new members. The original members reformed in 2009 and are currently touring with plans for a new release in 2016!

Formed in Colchester, Essex, England, in 1979 by Robbie Grey (vocals), Gary McDowell (guitar, vocals), and Michael Conroy (bass, vocals), Modern English were originally known as The Lepers. The group expanded to "Modern English" when Richard Brown (drums) and Stephen Walker (keyboards) were subsequently added to the line-up of the band.

After a single on their own 'Limp' label in 1979, the band signed to 4AD the following year, with two further singles released, and a session for John Peel recorded before the band's debut album, Mesh & Lace, in 1981, the band in the early days showing a strong Joy Division influence. A second Peel session was recorded in October 1981. The follow-up, After The Snow (April 1982), was more keyboard-oriented and was compared to Simple Minds and Duran Duran. It was also released in the United States by Sire Records the following year, where it reached number 70 on the Billboard chart, and sold over 500,000 copies. Grey said of the album, "We used to think 'God, we'll never make a pop record. We're artists!', but things don't always turn out as you planned and when you actually create a pop record, it's so much more of a thrill than anything else". The second single from the album was also a hit in the US, the jangly "I Melt With You" reaching number 78. When he reviewed the album, Johnny Waller of Sounds described the track as "A dreamy, creamy celebration of love and lust, which deserves to be showcased on as 12" single all by itself, with no b-side", while his colleague Tony Mitchell described it as "suburban amateurism at its most unrewarding". The band relocated to New York City and worked on a third album, Ricochet Days, which again made the top 100 in the US, after which the band left 4AD and were solely signed to Sire. The single "Stop Start" (1986) was the last record Modern English record released by Sire, the band splitting up.

Grey and Conroy along with Modern English worked with This Mortal Coil before re-forming Modern English with Mick Conroy and Aaron Davidson for a new album in 1990, Pillow Lips, now on the American TVT label. The album featured a re-recorded "I Melt With You", which was released as a single, and saw the band again in the Billboard top 100. The band split up for a second time in 1991, after contractual problems with TVT, with Grey forming Engine. In 1995, with the legal issues with TVT sorted out, Engine evolved into the next incarnation of Modern English and signed to the Imago label, with Grey and Matthew Shipley (keyboards). This line-up recorded the 1996 album Everything Is Mad.

Robbie Grey toured the US with a new Modern English lineup coast to coast across the US and recorded a new album with Hugh Jones (producer of Melt With You). The songs written with guitarist Steven Walker and other members came together on the road and back home in London between tours , after a few years on the shelf this collection of songs was released in May 2010 called "Soundtrack", along side the reissued and remastered "Stop Start" album also released at the same time. The original members reunited & reformed in 2009. 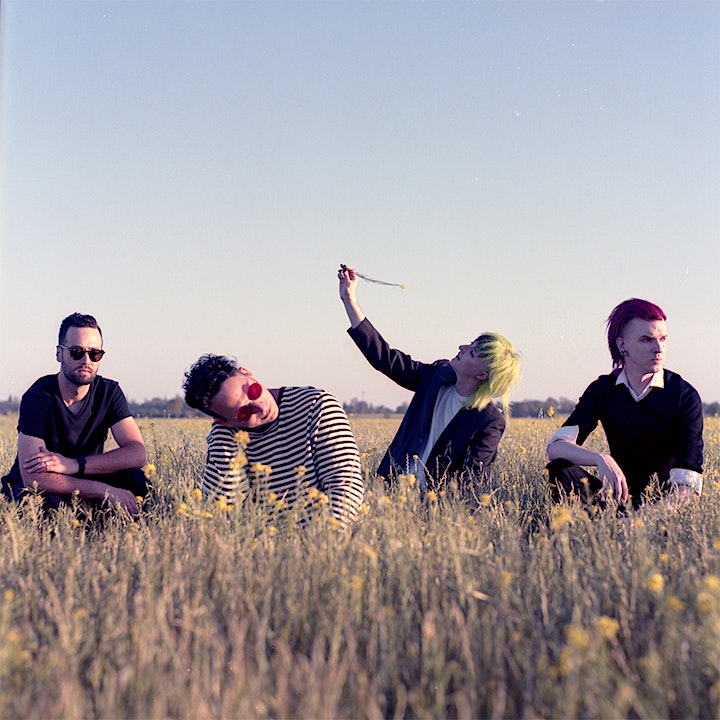 Californian based post-punk/80’s wave/alt inspired band that has been working hard since our initial album release 2 years ago. We have recently signed an international deal with Freakwave, a division of Schubert Music Group of Europe. We have a new album that dropped late this summer. We have toured internationally and domestically, and have built up a decent following on the West Coast of the US. We will be embarking on our own headlining tour in November and supporting Psychedelic Furs in Europe next year.