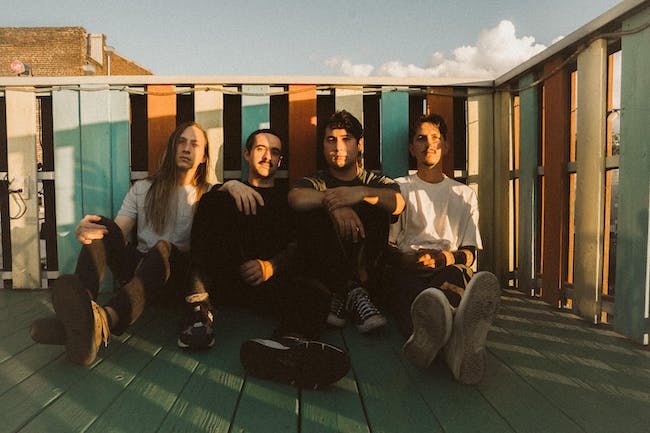 Growth occurs across different layers. Reflecting personal changes from a whirlwind five years, Movements realize the full scope of their storytelling, musicianship, and vision. Not only does the music address the emotional push-and-pull of relationships, but it also explores loss, love, mental health, and even intimacy through a prism of newfound clarity sound tracked by post-punk grit, alternative expanse, heartfelt spoken word, expensive rock, and subtle pop ambition. The Southern California quartet—Patrick Miranda [vocals], Ira George [guitar], Spencer York [drums], and Austin Cressey [bass]—reach this place on their second full-length album, No Good Left To Give [Fearless Records].

“When we started this band, I was 19-years-old,” says Patrick. “I’m 24 now. I’ve learned a lot about myself in the last five years. Those lessons influenced my writing style in terms of how I incorporate my experiences into the lyrics. There’s more I want to be able to portray. There are more themes I want to talk about. Our preferences have changed. The changes come through the record.”

“Over the course of making this record, we found ourselves as people,” Austin concurs. “It allowed us to really discover what we can do musically. We’ve evolved as musicians. Every instrument, the bass, the drums, the guitars, and vocals have been stepped up to a different level—but it’s still Movements.”

Movements quietly worked towards this moment since forming in 2015. Following the 2016 EP Outgrown Things, the group cemented a singular sound on their 2017 full-length debut, Feel Something. Eclipsing 40 million total streams by 2020, it immediately connected by way of “Daylilly” [11.1 million Spotify streams], “Full Circle” [6.1 million Spotify streams], and “Colorblind” [5.5 million Spotify streams]. Along the way, the four-piece received acclaim from Brooklyn Vegan, AXS, Rock Sound, Culture Collide, and more. In between packing shows worldwide, they joined forces with Alzheimer’s Association for the “Deadly Dull” video and covered “Losing My Religion” by R.E.M. for the Songs that Saved My Life compilation.

During 2019, the guys entered the studio with longtime producer and frequent collaborator Will Yip [Title Fight, Turnover] to record No Good Left To Give. Movements spent the most time they ever had in the studio, which resulted in the most collaborative effort to date with Will, adding another dimension to the tunes.

“At its core, the new record is what we’ve always been, which is emotional, real, and honest music,” Patrick goes on. “We all know each other very well and understand our respective styles. We’re discussing mental health, struggles with relationships, and relatable things from our lives. At the same time, it’s a little darker.”

“The mood is a little heavier, for sure,” Austin elaborates. “It wasn’t based on any sort of influences. We didn’t try to emulate anyone. It’s very pure. We uncovered our originality.”

This original spirit shines on the first single “Don’t Give Up Your Ghost.” Ethereal guitars ebb and flow with a spectral glow as Patrick’s voice engages and enchants. Lyrically, it confronts the darkness of suicide head-on, “Don’t give up your ghost.”

“It talks about depression and suicidal thoughts and tendencies,” he sighs. “It’s told from the perspective of a person who is dealing with a friend who confides that he or she has attempted to kill him- or herself. However, this person has been there as well and has even made suicide attempts too. The person tries to console the friend and let him or know she’s not alone. It’s about not giving up when there’s so much more the world can offer. Even though you’re in a certain place right now, it doesn’t mean you’re going to be in the same place forever.”

On the other end of the spectrum, “Skin To Skin” slinks along on a bedpost-rattling beat as Pat’s voice snakes through seductive verses—“I wanna be inside”—towards an explosive refrain.

“It’s one of the dancier and faster tunes,” adds Austin. “It’s going to surprise a lot of people.”

Then, there’s “Seneca.” Popping off as “a rock banger,” buzzing distortion underpins an all-too relatable story.

“We all go through it,” Patrick continues. “The girl you love for a long time slips through your fingers, marries somebody else, and is going to have a family. You start worrying about what if and what could’ve been. It’s based on a true story about the one who got away.”

In the end, No Good Left To Give illuminates the growth of Movements as it also affirms their power to endure.

“I’d love for people to say, ‘I want to grow with this band’,” Patrick leaves off. “We always try to progress. This was natural for us. I hope listeners want to ride it out with us.” — Rick Florino, February 2020 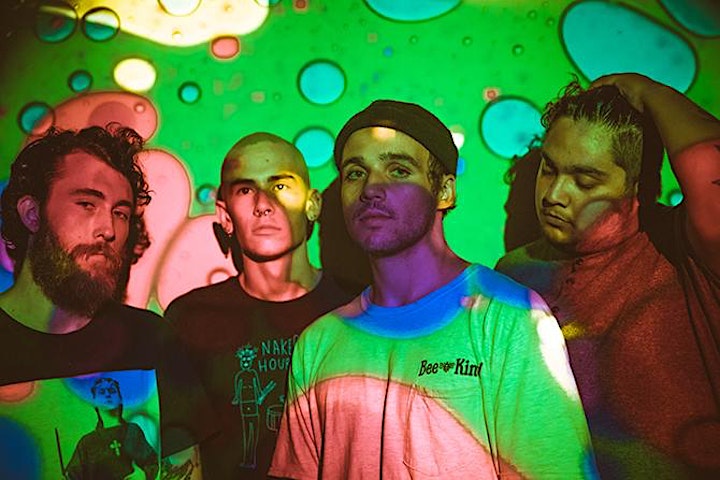 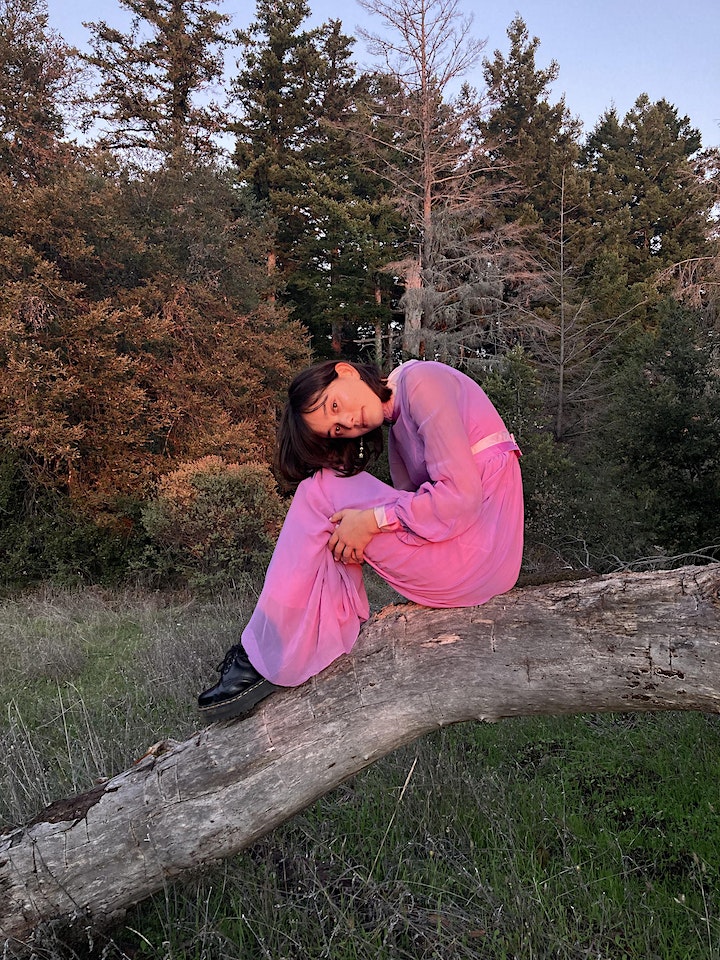 The defining characteristic of Maddy Toy’s experience has always been a deep and intense lust for life. Driven by curiosity, human connection, and a hunger for adventure, she seeks to create music and art encapsulating the most enthralling and visceral experiences of being alive: dancing at parties, falling into infatuations, reeling through heartbreaks, and reveling in love. A lifelong musician and performer, Maddy started making music and videos under her Chinese name, Ha Vay, in 2020. Songs are made in collaboration with audio engineer and producer, Elliott Jacobs. Together, they create an immersive “fairy indie pop” sound, combining elements of anthemic 90s rock, dreampop, and modern indie rock to carry Maddy’s poetic lyrics.

Coming out of quarantine, the pair reunited with musician friends to form Ha Vay’s live act, including Grant Harrington and Martine Xenja on guitar, Connor Brogan on keys, and Cameron Louie on drums. They are an up-and-coming band in the Bay Area music scene, enrapturing audiences with their engaging and passionate performances. Ha Vay is not only a musical act, but an experience - weaving together songs, lush music videos, and electrifying performances to celebrate Maddy’s love affair with life, itself.