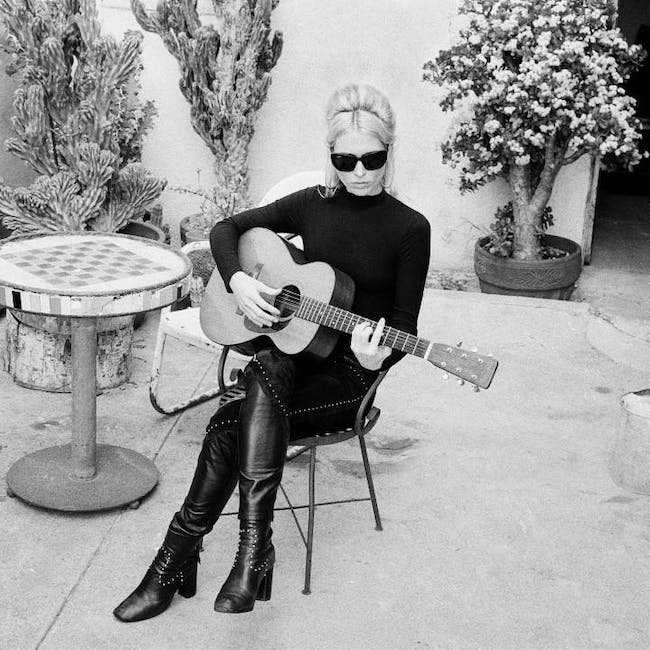 Mercy is Natalie Bergman's debut, a self-produced solo album recorded in the strangest of times, during a personal period of profound sadness and reinvention. It's startling, and often beautiful -- a rush to the edge of the cliff, with an unflinching look below

Recorded at her brother's home studio in Los Angeles, CA, Bergman has already had a lengthy, successful career as one half of the brother-sister duo Wild Belle, but this is the first time she wrote and played all the material.

This record absolutely pulses with redemptive power; it is replenishing and original, and deeply cathartic. And before we go any further, you should know that this is kind of a gospel record.

Bergman comes to this material naturally. Her first musical loves were church songs, especially the sing-song-y, repetitive hymns. "I've always written songs about Jesus," she says. "I'm not afraid of it; this album is my take on gospel music." Her voice really works the upper registers in a manner occasionally similar to 1930s blues vocalists, or perhaps Badu. But there's nothing retro about the way she multi-tracks her voice and self-harmonizes in sweet, lofty chords.

It should also be said -- Natalie made this record because she absolutely had to.

The music of Mercy began to germinate a few months after she lost her father in a wrong-way, head-on collision. He and her stepmother were killed by a drunk driver. Shortly after, Natalie visited a monastery in the southwestern desert, and there she began to embark on this album.

Loosely, we can draw parallels to the more avant garde Christian expressions which sprung up in the wake of the Jesus movement -- particularly with 1973's otherworldly record of original devotional songs, Fire of God's Love (reissued in 2018 by Wyrd War) by the ethereal-voiced Sister Irene O'Connor. But Bergman is no nun, and her music is far more sensual than O'Connor's.

"The first song I wrote on Mercy was 'Home At Last,'" she says. "It is the best song I have ever written. I sing a lot about home on this record. Believing in that place has been my greatest consolation. I had an urgency and desperation to know that my father was there. His sudden death was a whirling chaos that assaulted my mind. This album provided me with my only hope for coming back to life myself. Gospel music brings hope. It is the good news; it's exemplary. It can bring you truth. It can keep you alive. These songs have kind of written themselves, and they rely on me to sing them."

Natalie Bergman made one of the first great albums of 2021.