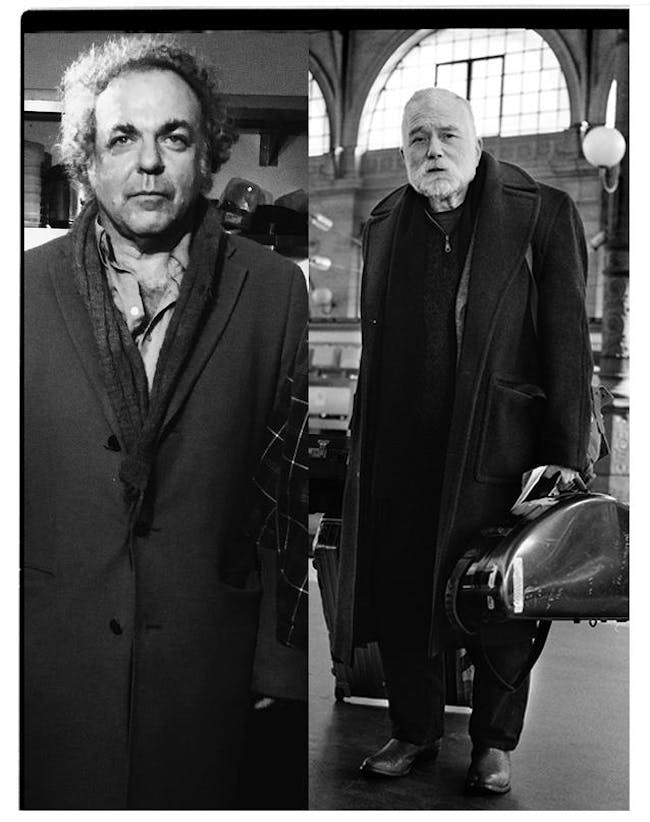 In the context of the political divides of postwar Europe, reed player Peter Brötzmann’s powerful, incendiary voice on his instruments resonated deeply. His self-developed technique maximizes every possibility for personal inflection on his instruments, going well past the usual limits of commonly accepted styles. In terms of volume, range, breadth of tone, vibrato, and intensity, he creates music that obliterates the rules of genre and puts the listener in new realms of discovery, vulnerability, and feeling. Brötzmann’s extensive discography shows a boundary-less collaborative spirit, & his example has ignited & energized the geographic & stylistic scenes in which he has involved himself. He has appeared on well over two hundred recordings, & performed & recorded with nearly every major figure in free jazz & improvised music of the last fifty years. As a trained & recognized visual artist Brötzmann does much of his own album artwork & has a long history of producing his own records, pre-dating the do-it-yourself aesthetic of punk rock & current trends of self-production by decades.” — Patrick Wolff Former POTUS Bill Clinton called Brötzmann “one of the greatest alive.” (2001 Oxford American Music Issue).

“Jim White is indie rock’s drummer of choice. Those who play with White speak of him with the ardor of religious converts.”

"White approaches the drum set as an object of fascination, as a site of mystery and delight. His movements are breathtakingly fluid. There is a dance that occurs, a pantomime, a flow, when he's behind the kit. He has strange tendencies—moving his arms in big, slow, exaggerated arcs, from over his head down to the drum, sometimes glancing up at his stick or mallet as it's poised over his head, as though marveling at the percussive act itself, the coil before the strike as much as the strike itself. There's a kind of inquiry and interrogation of the process, in the midst of that process. His torso dances. His shoulders shimmy. Sometimes he sort of clutches his left leg up and inward toward his body. He plays weird games with his unusually long sticks, not just tossing them in the air for a quick flip, but sometimes dropping one on the snare, letting it roll across the drum and picking it up with the other hand, and then doing the same with the other stick; back and forth, back and forth, as though in the midst of drumming, he were also juggling. All this strange business brings about a kind of enchanted state, a feeling that's exactly analogous to what White does sonically and rhythmically. He has a way of sort of flowing around the kit, draping his sticks on the heads almost lovingly, that can disguise the power he commands. One minute he's consummately unobtrusive, offering up a quick subtle mallet roll across the toms or a tap on the tambourine he sometimes attaches to his hi-hat, and the next he's slamming out a fervent, rapid pulse on the kick drum, or playing some sort of bastardized backbeat with conventional sticks or those bundles known as Hot Rods. In these latter moments, his playing gives off the sense of limitless power deployed almost casually, like he could go full-on Bonham if he wanted to but prefers to keep the beat aerated, stumbling, fragmented, open-ended. There are miniature controlled detonations that, to me, at least, recall the more painterly realm of free jazz, but in general, I hear very little reference to any familiar tradition in White's playing. His pulse is insistent, yet blurred, hazy, always in service to the dance his body makes, rather than the other way around. His presence in the music is all about a personal experience of rhythm, a fluid exchange between a drummer's textural and timekeeping roles.” — Hank Shteamer, Dark Forces Swing Blind Punches