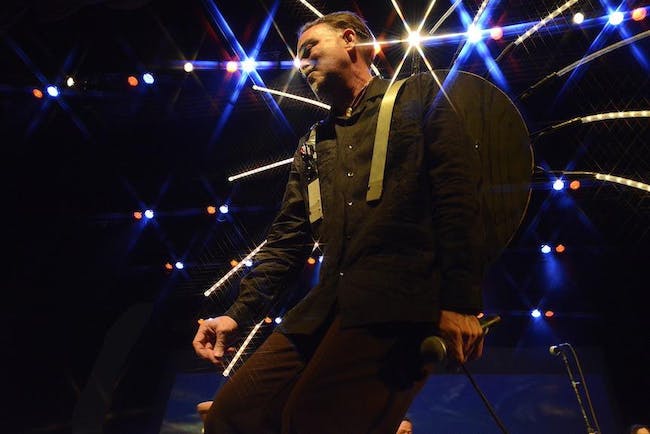 Poi dog pondering keeps thriving because their ethic has always been about following their musical heart. Their steadfast independence has allowed them to perennially bloom. Multi Racial, Omni sexual, and unafraid to be themselves, they prowl the musical landscape with a hungry belly. They seem to live in a frame of mind more akin to the 30's and 40's Bohemians.

Known as "The little big band with the strong back and supple / stubborn heart", PDP has been following it's intuition for 25 years now. From bohemian street buskers to impossible to market major label sacrificial lambs... Poi dog pondering have ripened into staunchly independent musical voyagers. They have let every sound that excited them flow through their music and flood it with ever changing colors; Rock and soul. Orchestral, acoustic and electronic textures. Americana, rock band disco and international musics. All threaded along the way with lyrics that embrace the beauty and pain that life can bring.

Poi dog pondering formed in Hawaii in 1986. The first live performance was at the Honolulu Arts Academy. Filled with youthful imitative exuberance and inspiration from reading about Andy Warhol and the Velvet Underground's 'Exploding Plastic inevitable' projected film and music happenings, PDP projected films of lava eruptions, ocean and other natural environments over the band as they performed. The tradition of projected imagery along with PDP live performances developed and matured over the years and continues to this day thanks to long time film and video artist/collaborators Luke Savisky and Marco Ferrari.

In 1987 PDP's wanderlust drew them to the mainland where they embarked on a year long bohemian travel tour across the United States and Canada, playing acoustically on street corners for gas and food money, while sleeping outdoors all along the way. This experience forged Poi dog pondering's self identity & confidence as a "D.I.Y." entity.

PDP was signed to the noble boutique label Texas Hotel who released their first record in '88.

Sony / Columbia released the next 2 records "Wishing like a mountain..." & "VoloVolo".

PDP relocated to Chicago in '92 and formed their own label Platetectonic Music and released the critically acclaimed "Pomegranate" in '95. For the next ten years PDP delved heavily into developing their orchestration skills, culminating in major collaborations with the Grant Park Symphony Orchestra and the Chicago Sinfonietta (with PDP's Susan Voelz, Paul Mertens, Max Crawford & Frank Orrall doing the arrangements). Band leader Frank Orrall's interest in electronic music garnered him respect from the Chicago House/Electronic music community for his solo project 8fatfat8, and lead him to become a member of Thievery Corporation as percussionist and vocalist. All this influenced PDP's next 2 records "Natural Thing" and "In Seed Comes Fruit" which saw the band experimenting with electronic textures, beautiful lush arrangements and unhurried, sometimes instrumental song structures, letting musicality determine the song structure, rather than traditional "verse / chorus / bridge" style song writing.

In 2005 PDP combined all of it's experience together and set out to write and record "a straight up Rock and Soul record", complete with strings and horns. The result is "7". The band chose this title because it's their 7th record and because "it feels like a benchmark".

20 plus years down the line there is a bolstered sense of history within the band now. A swagger that comes from having steadfastly carved their own path. It is quite apparent that PDP has always been, and ever will be in it for the love of it; creating and performing. Line up changes are par for the course. PDP is an organic entity, it changes like life does. But there is a core with strong roots, open to new ears and ready to experiment. That's what keeps it vibrant. 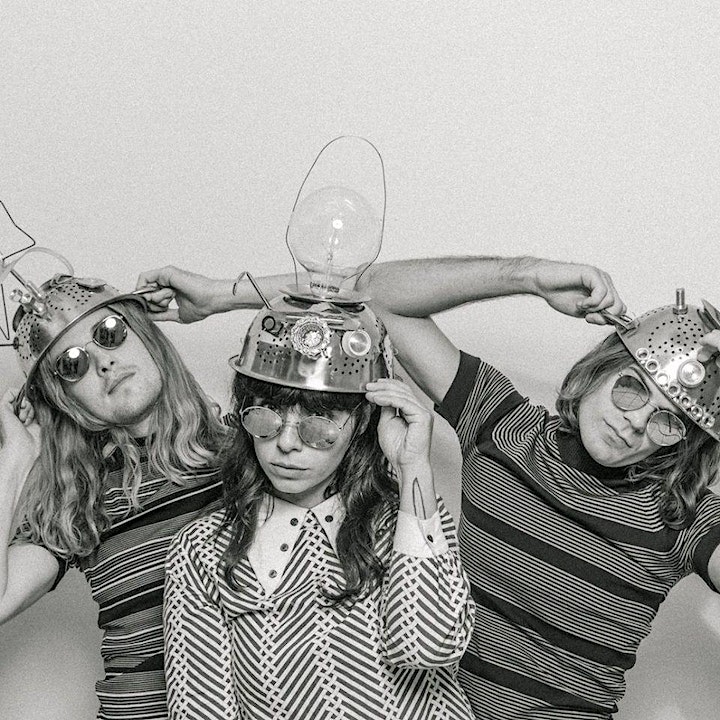