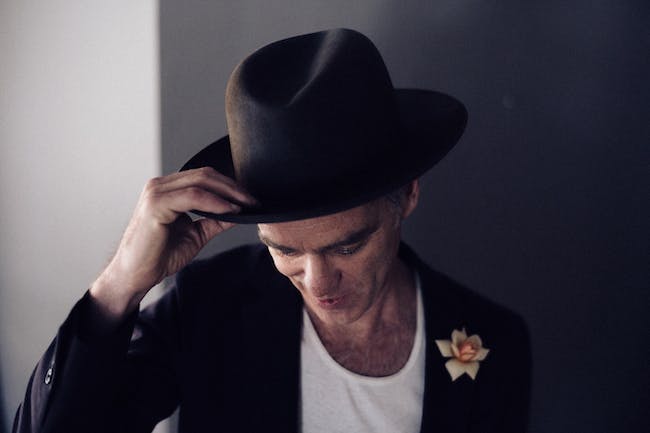 Tickets are sold via tables of 2, 4, or 6. Ticket includes general admission to the show + a prix fixe dinner.

Our staff is trained and experienced in all San Francisco Health Department regulations. The following guidelines will be in place for your health and safety:

Please reach out to us if you have any questions

Low Light, the eighth album from independent recording artist Sean Hayes, captures his distinctive sound at its most intimate. Recorded both at home and in the studio, Low Light webs its way through genres, incorporating the pulse and yearning of R&B with the low-fi grit and crackle of folk. From the gauzy, beat-driven title track to the aching, old-school country “Sing Me Your Love Song,” Hayes’ voice glides between a growling purr and seductive vibrato, transporting the listener into a rich, sensual late-night world.

In his twenty -year career as a San Francisco-based musician, Hayes has won acclaim from fans and critics alike. He’s duetted with Aimee Mann, toured with Ani DiFranco and the Cold War Kids, been covered by The Be Good Tanyas and re-mixed by DJ Mark Farina, and had his music featured in a variety of television shows, films, and commercials. Raised in North Carolina and honed as an artist in Northern California, Hayes crafts music that, as the SF Weekly puts it, “succeeds on the tension between warm, resonant soul and dirt-road folk, all laced with a wandering troubadour’s coo.” In the track “Home I Left” Hayes sings of leaving San Francisco--“headed north with my young family/needed space to grow”--and this album is structured to represent snapshots from his life in the four years since. Low Light thrums with songs of desire, sanctuary, and the redemptive power of love.